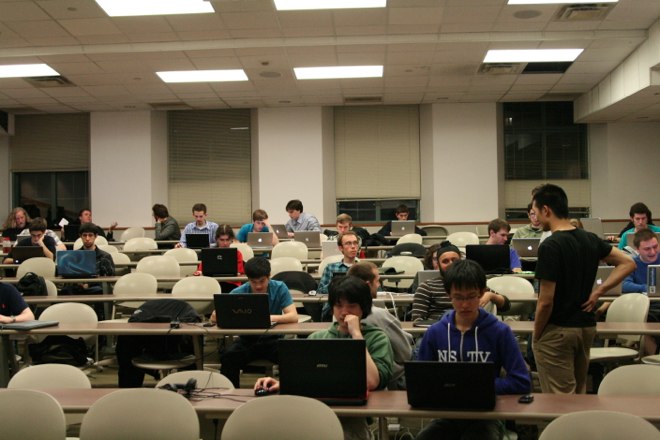 It’s been a busy few days at Hack Northwestern! We got a new home, announced a hackathon sponsored by imo, and just wrapped up a tech talk / hack night by folks from Seelio yesterday!

It’s humbling to note that this started as an idle suggestion last spring, and then a quick get-together of around 7 students. Here’s an article about only the second such hack night, which exploded to around 30-40 people (even some from UChicago!). The idea behind this effort has stayed constant: fostering student creativity, entrepreneurship, and hacker spirit. It’s a testament to Northwestern’s active entrepreneur and hacker community that Hack Northwestern is seeing such quick validation of its efforts.

As we continue to build connections between different communities at Northwestern and the tech world at large, we find an undercurrent of excitement that is inspiring. And hearing about similar such efforts at various other universities is even more gratifying.

University is more than just a trade school, and Hack Northwestern hopes to prove that.

If this is the first you’ve heard of us, check out our home!